A final question, then, might be why hasn’t G. aridum evolved any apparent mechanism to prevent hummingbird base work? In fact, the outside coloring of the flowers and the way each petal curls at the base makes apparent where one petal ends and another begins, something that would seem to facilitate base work! Anyway, while I can’t absolutely rule out that hummingbirds are not somehow managing to cause self-pollination, the large distance between the base of the flower and where the stigmatic surfaces suggests that base working isn’t likely to result in outcrossing.

In a paper on the consequences of nectar robbing for plants, Maloof and Inouye (2000) suggest that nectar robbing might occasionally have indirect positive effects for plant reproduction. Could that be happening here?  I think that there may be a couple of possibilities worth investigating. One is that the hummingbirds might reduce bee predation: several times I observed hummingbirds chasing off bee hunting Tropical Kingbirds.

Another possible indirect benefit of hummingbird base working is that by collecting G. aridum nectar, hummingbirds might keep nectar levels from accumulating to levels that induce flower damaging nectar robbery. In the early stage of my observations there was a relatively isolated G. aridum tree that was not being visited by hummingbirds even though a Cinnamon Hummingbird regularly visited a nearby flowering Cordia seleriana. While there was evidence of occasional nectar robbing elsewhere, it was very conspicuous here. 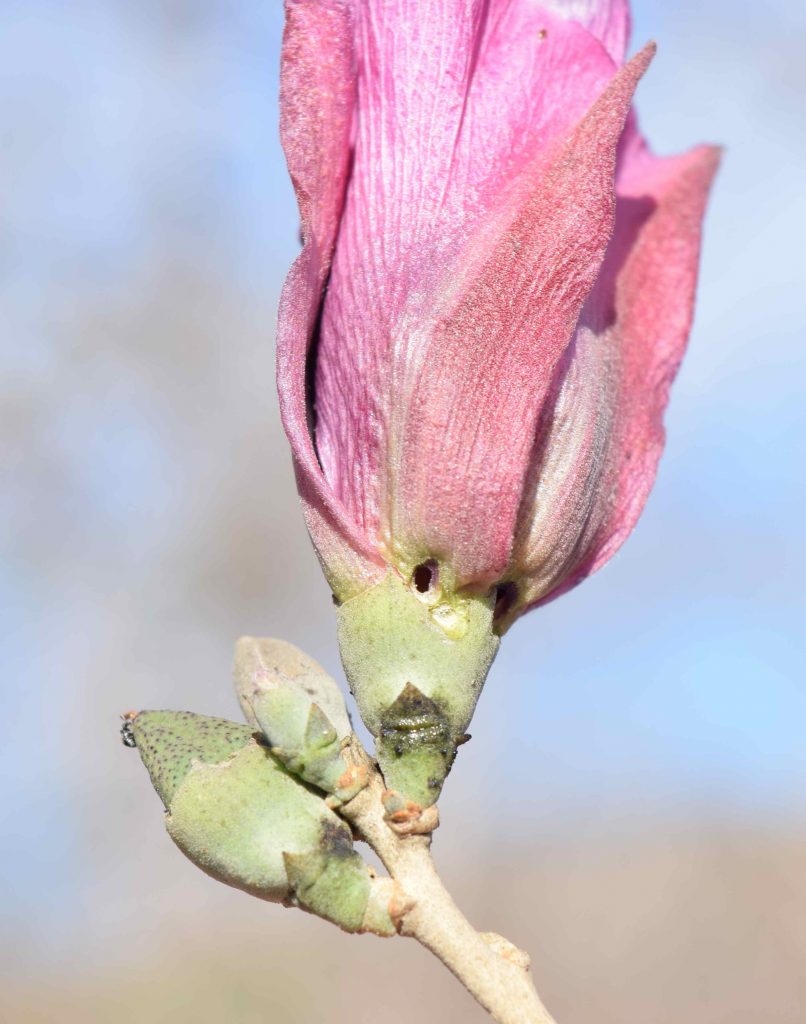 At first I thought that the stingless bee Trigona fulviventris might be responsible. 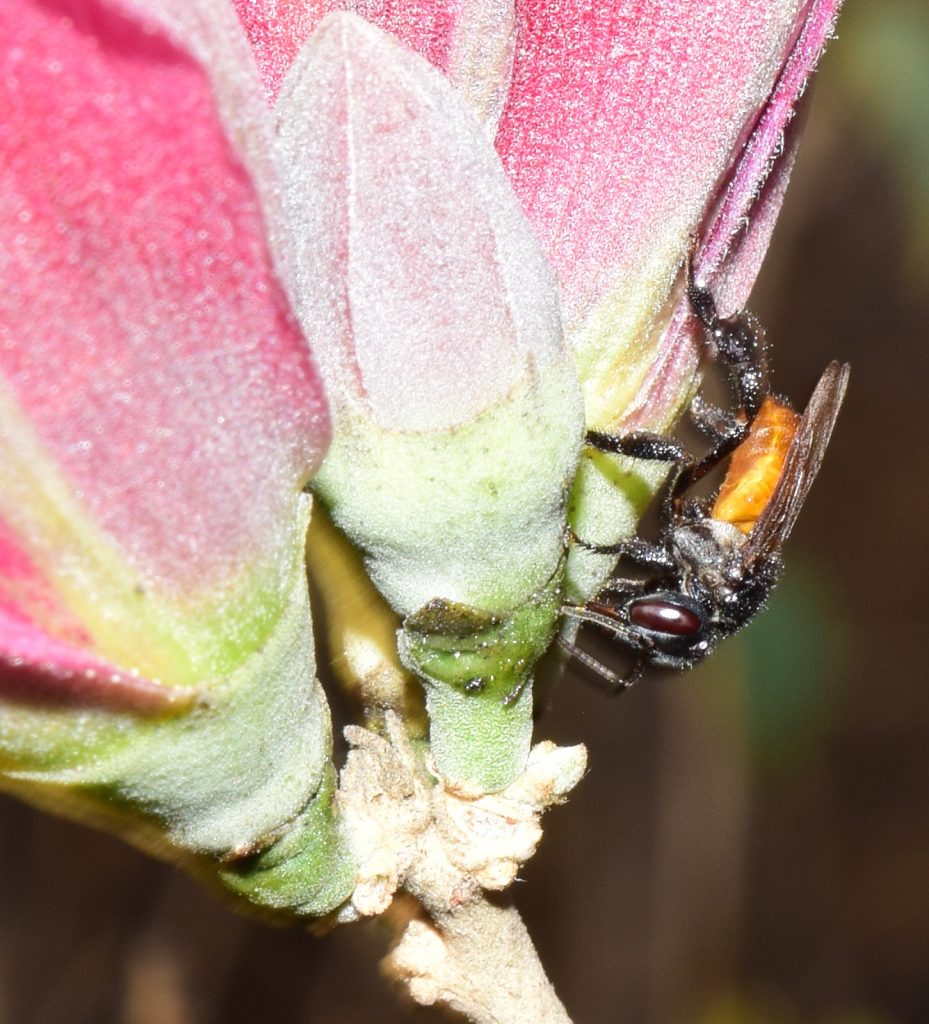 This bee species, though, generally focused its attention on the extrafloral nectaries below the floral bracts and was also common at other G. aridum sites with very low levels of nectar robbery. More importantly, when I later returned to determine the identity of the robber, Broad-billed Hummingbirds were visiting the tree and there was very little evidence of nectar robbery.

Finally, maybe hummingbird base working is bad for G. aridum.  If this is the case, why hasn’t G. aridum evolved a floral architecture that makes it harder for the birds to steal nectar?  This is the kind of question that only a panselectionist could ask with a totally straight face but let’s imagine that conditions were such that natural selection could effect such change.  Most such architectural changes would also likely make it harder for bees to escape from flowers under attack by kingbirds.  For the plant, this might have the negative effect of making bees less likely to visit flowers.

Many thanks to Dr. Ricardo Ayala for assistance in bee identification.