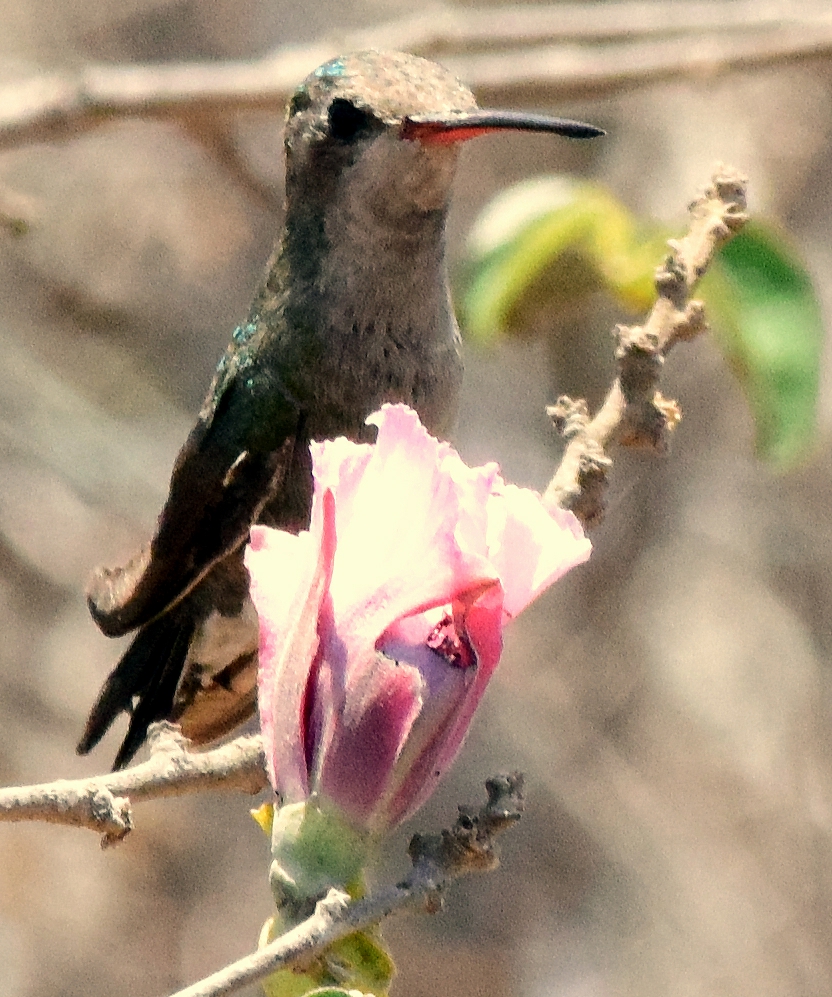 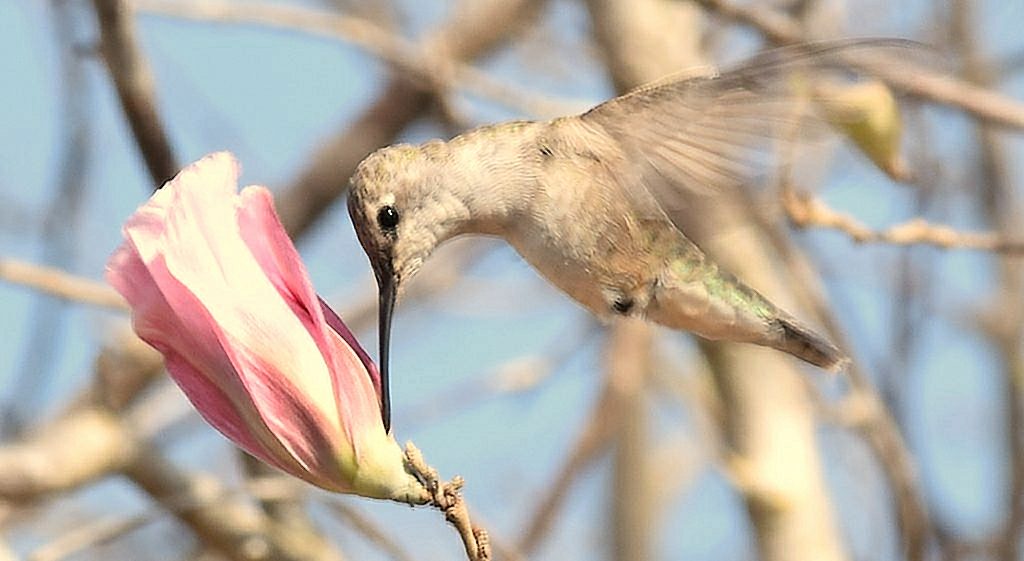 In his note Inouye catalogs the different ways that animals take things from flowers without pollinating them.  He defines any instance where this occurs as floral larceny.  He points out that there are different ways in which this occurs and divides these ways into 5 basic categories.  Three of these categories deal with how nectar is stolen which is what I’ll focus on here.  These three categories of nectar stealing (one of which is divided into 2 subcategories) and their distinguishing characteristics are:

A nectar thief takes nectar using the floral opening but fails to pollinate the flower.  There are a number of possible reasons for this failure (for instance, an ant that collects nectar but whose body doesn’t come into contact with the reproductive parts of the flower).

A base worker neither collects nectar through a hole that it makes nor uses the floral opening to collect nectar.  Instead it collects nectar between the petals at the base of the flower.  This kind of larceny occurs only where the petals are free and not fused.

This last category then describes what the Black-chinned Hummingbirds were doing.

Initially I didn’t see any other species of hummingbirds visiting G. aridum. Because black-chinned hummingbirds have one of the shorter bill lengths among hummingbirds listed for this area, it still seemed possible that one or more of the longer billed species might do it the “right way” and collect nectar through the floral opening.

Subsequently I found Cinnamon Hummingbirds (Amazilia rutila) attending a large patch of G. aridum.  A paper by Arizmendi and Ornelas shows that this hummingbird has the longest average bill length among species found in this area.  Nevertheless, as can be seen, it too “base worked” the flowers. 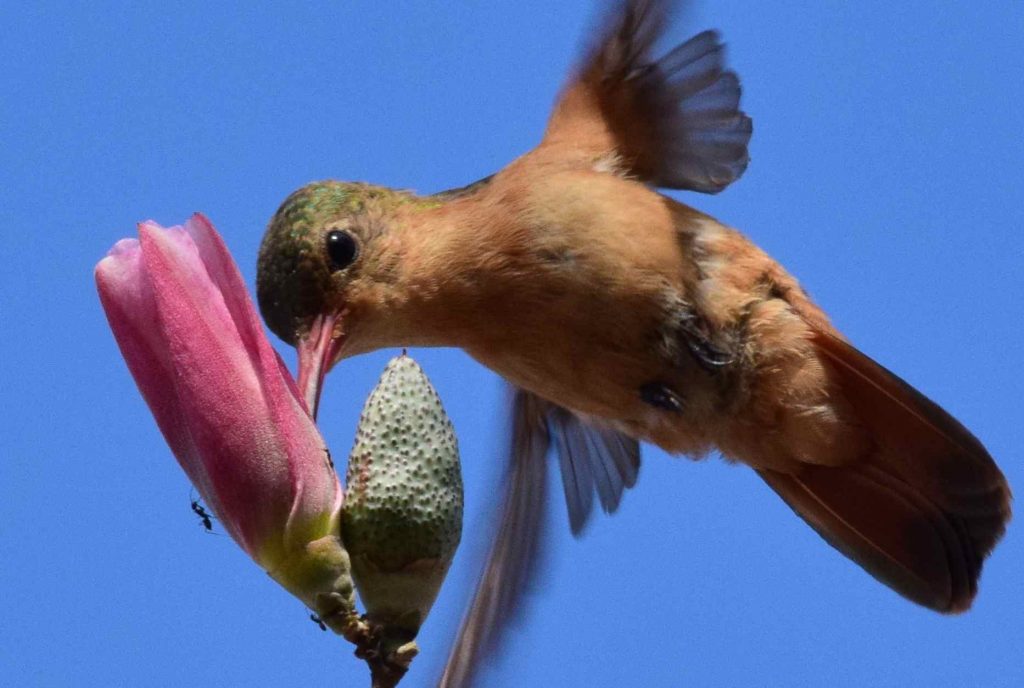 Since, then I have also seen Broad-billed Hummingbirds (Chlorostilbon latirostris) collecting nectar in the same fashion. 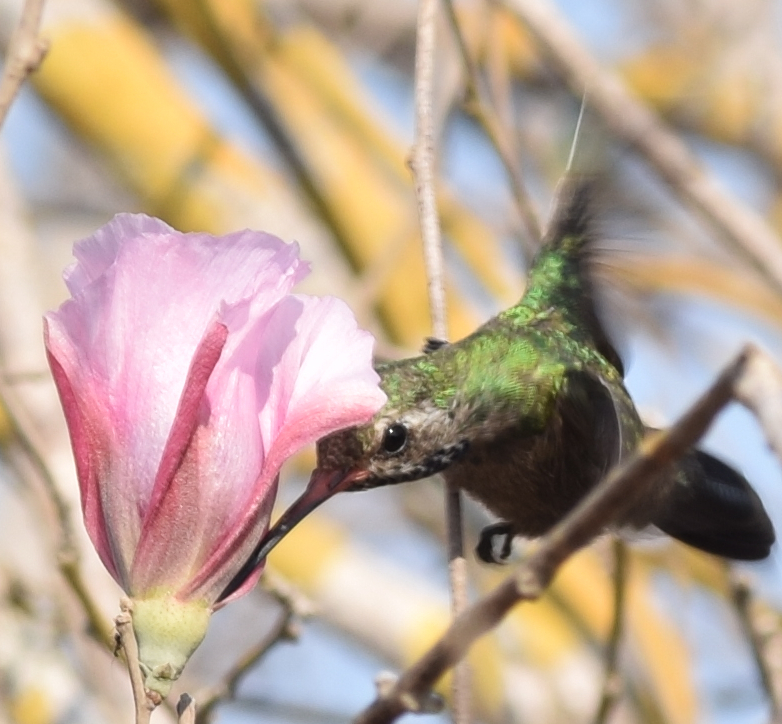 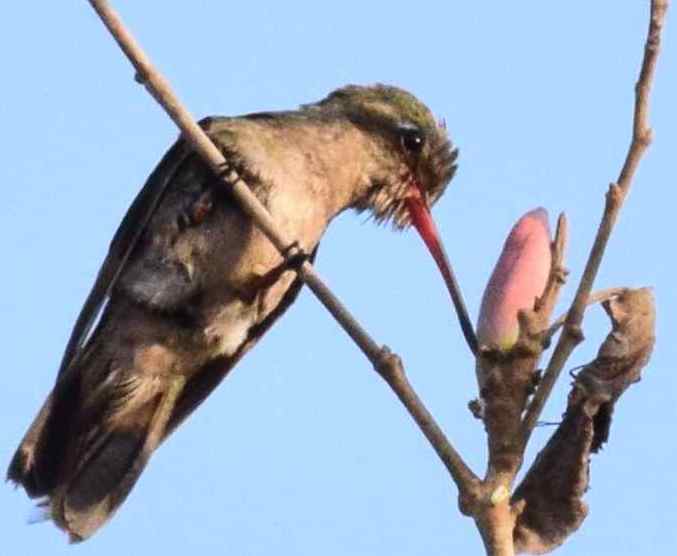 Like this last bird, the other two species also base work flower buds.

To date, despite several full days worth of observation, I have not seen a single instance where hummingbirds visited G. aridum flowers through the floral opening.

The above are not all the hummingbirds known from this area.  While another long billed species like the Plain-capped Starthroat (Heliomaster constantii leocadiae) could feed through the floral opening or the above species might do it elsewhere, I doubt it.