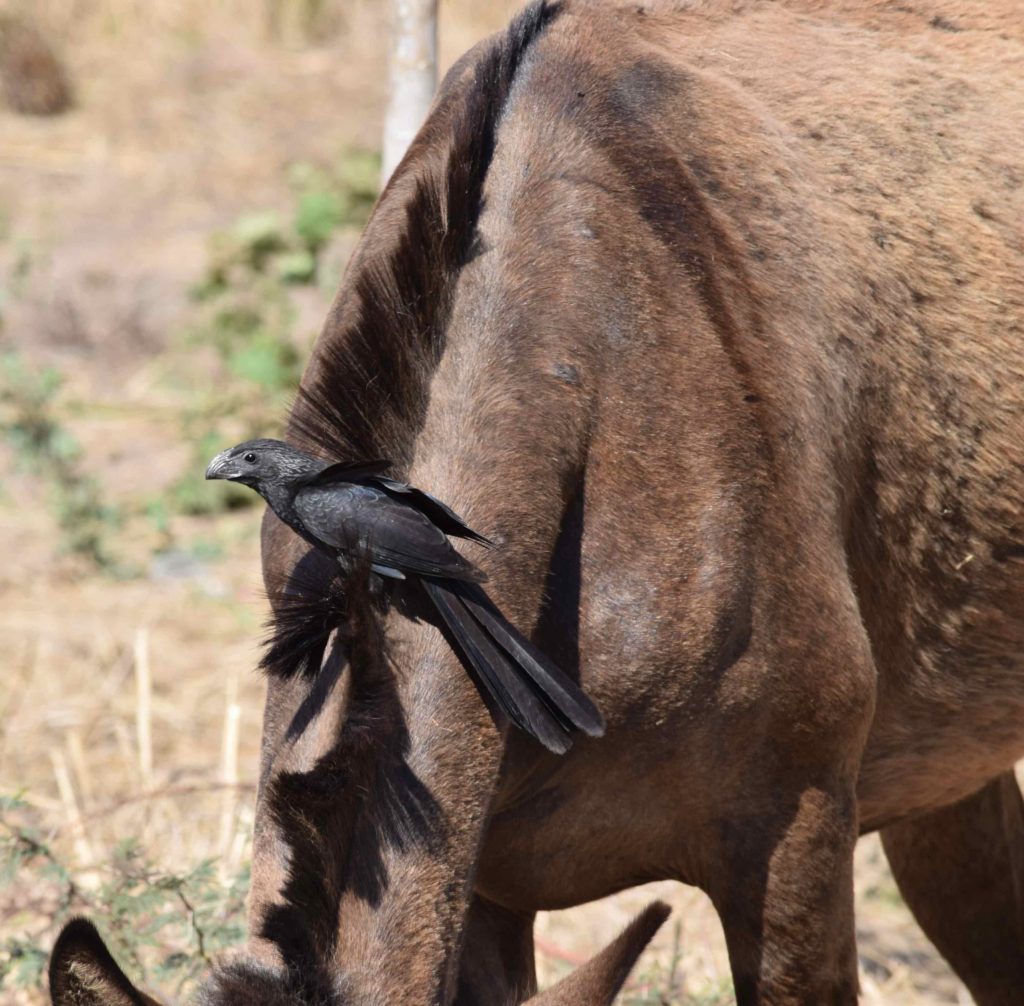 In a 1953 study, Austin Rand examined Groove-billed Ani feeding rates away from and in association with cattle.  Despite several months of observation, Rand never saw anis perching on cattle.  This and the fact that the birds did not stay with the cattle led Rand to conclude that these birds were “much less attached” to their benefactors than are cattle egrets and cowbirds. Nevertheless, Rand mentioned that his son once observed an ani “pick a conspicuous tick” off an animal.  Whether it did this while perched or not, Rand doesn’t say.

Finally, in 1974 Eric Bolen added to this discussion in a one-page note to the Bulletin of the Texas Ornithological Society.  I don’t have access to this note but Bonnie Bowen at the Cornell Lab of Ornithology’s Bird’s of North America site suggests that Bowen observed Groove-billed Anis feeding on arthropods attached to cows with these arthropods likely being ticks.

Recently, I watched a group of Groove-billed Anis catching flies that were on or flying about a tethered mule (I have also seen them doing the same on a nearby tethered horse), particularly its neck and side. Most of the flies — many of which visited me too — seemed to be house flies. 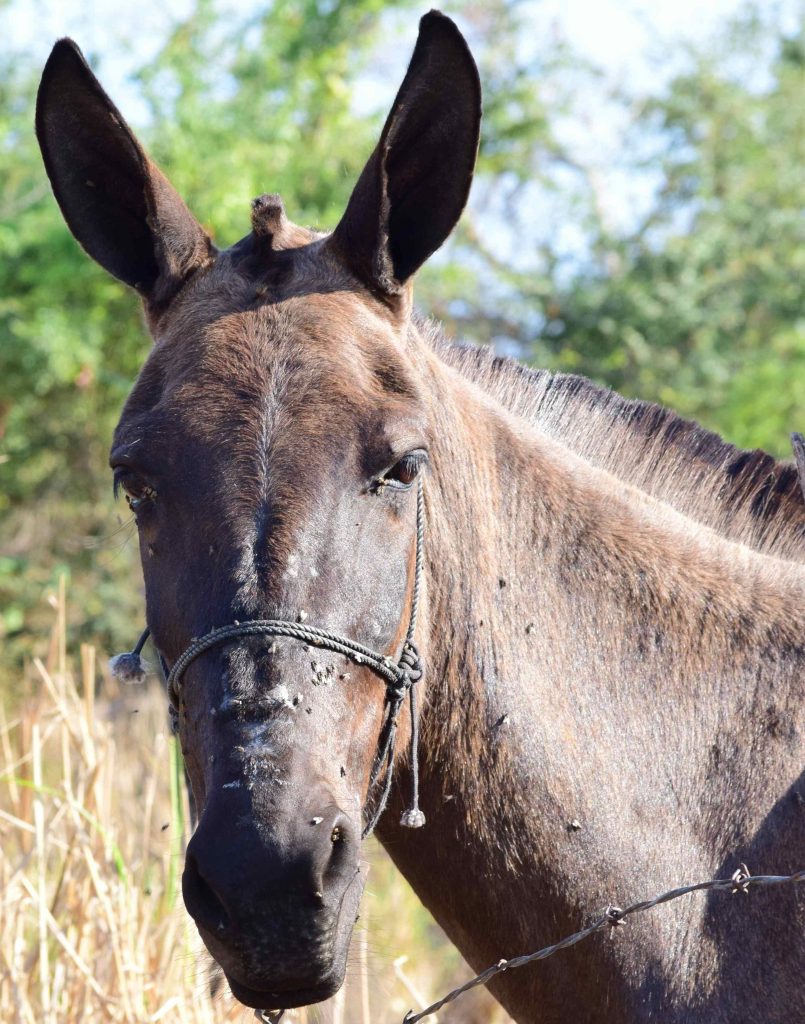 The group of anis attending the mule included one or more birds off of the mule and one bird perched on its crest. 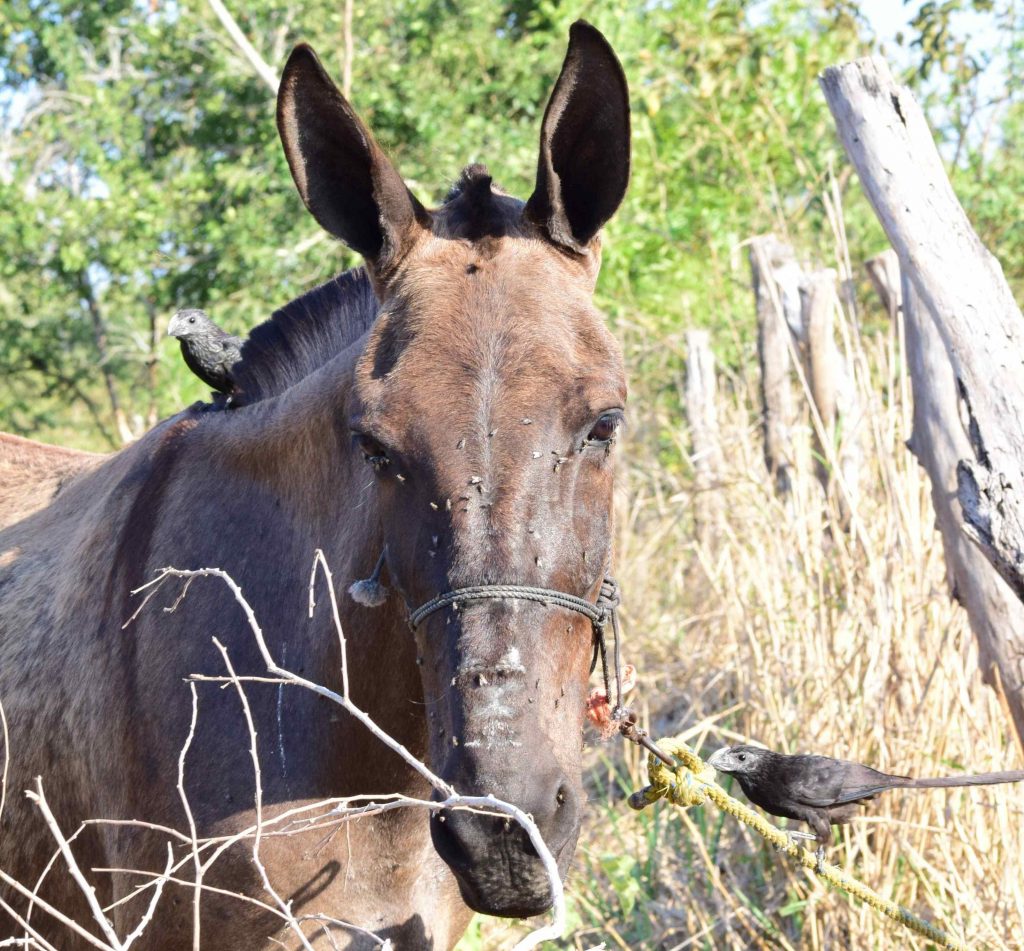 The birds that weren’t on the mule perched on various nearby objects or hopped along on the ground after the mule. This last set of birds occasionally captured insects scared up by the mule but more often focused on the flies that were around the mule’s legs.  But what all the birds really seemed to be doing was waiting for those times when the mule lowered its head to feed.  When it did this, the anis rushed in to catch flies that were on or flying around the mule’s face.

Only one bird at a time occupied the crest of the mule.  When a new bird flew onto the mule’s crest the previous occupant always left within a couple of seconds (I’ve seen two birds stay somewhat longer on the larger crest of horse until one of the birds chased the other off). 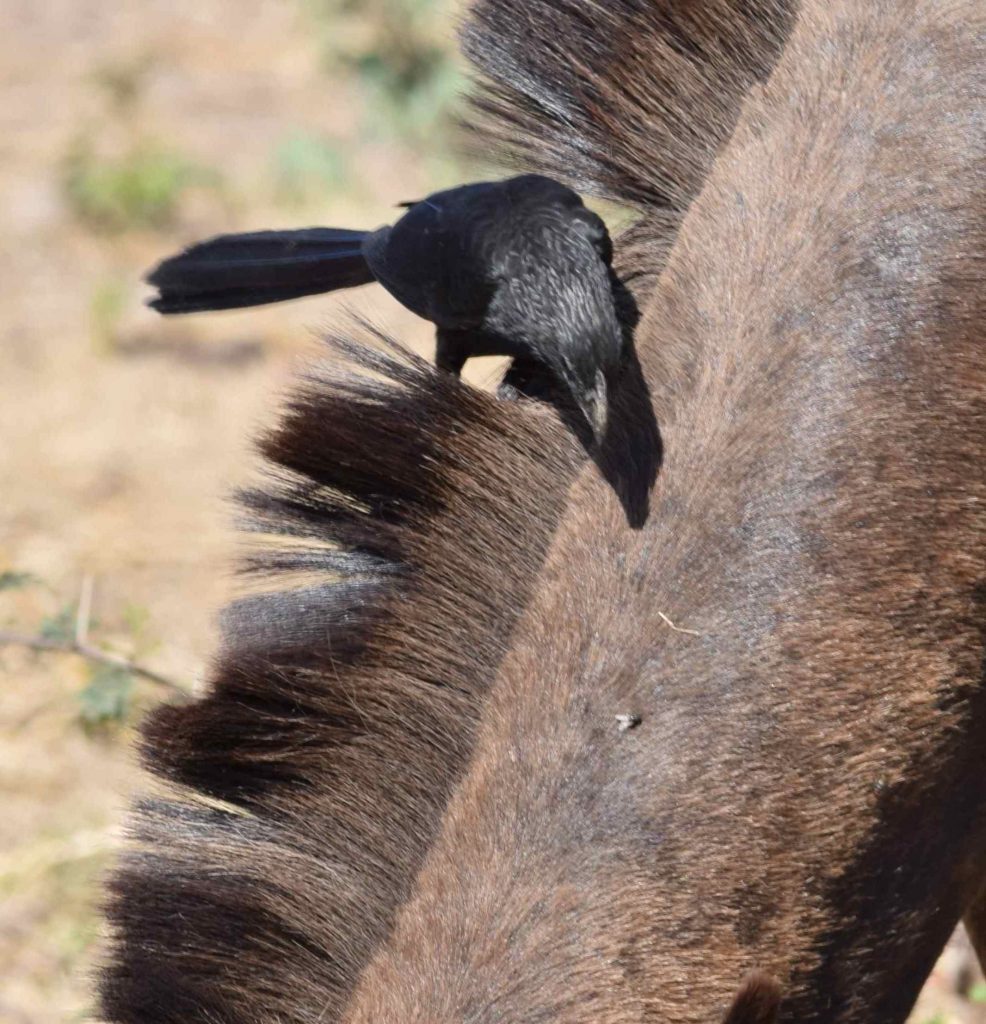 While on the crest, birds actively hunted flies on both sides of the mule.

Perched birds often jumped off the mule when it lowered its head to the ground. While this could be because birds catch flies more easily from the ground, it more likely reflects the birds’ ability to hold on when the mule lowers its head. Birds on the horse that I observed did not jump off when the horse lowered its head even for extended periods of time.  The horse, however, had a natural flowing mane while the mule sported a perhaps somewhat more difficult to hold on to stand-up trim.

Rand argues that the benefits to anis of associating with cattle as opposed to foraging away from them is greatest during the dry season when insect populations are low. Certainly it is deep into the dry season here in Jalisco.

It’s interesting, though, that Rand never saw birds perching on cattle.  Possibly there were too few flies around the face and neck of these animals to make this strategy profitable. Fly density on domestic animals varies with such things as proximity to stables and cattle density.  The fact that the mule that I looked at was tethered also probably increased the density of flies compared to that found in a free-roaming animal.

While the mule had ticks, I never observed birds removing them.  This could be because the birds weren’t interested in them.  It could also be because the ability of birds to forage for ticks is limited by their ability to reach them.  To maintain their position on the mule, perched birds seemed very dependent on the hair on the crest of the mule. Possibly the only ticks anis can eat on the mule I observed are those near the animal’s crest and those around its legs. 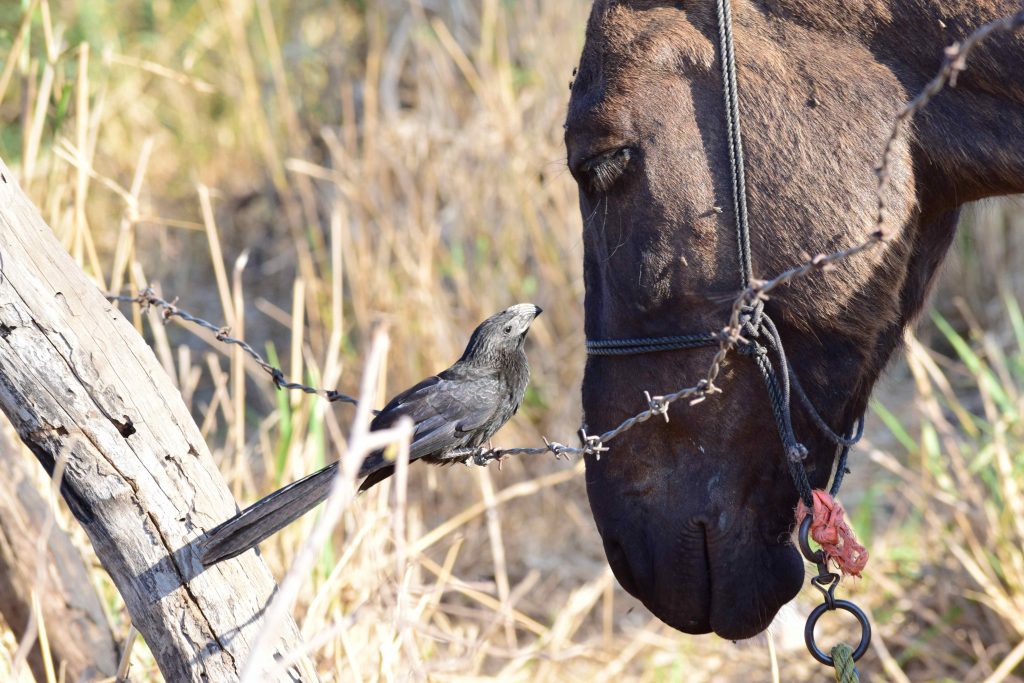