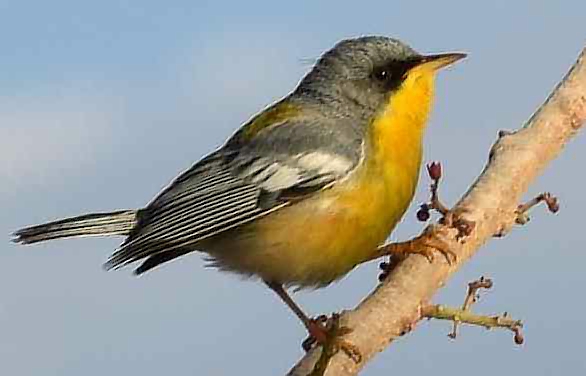 Once you know something about a group of animals, you come to expect that they will eat particular things.  When one thinks of the family Parulidae (New World Warblers) and their diet, the first thing that comes to mind are insects or other small invertebrates and most warblers have fine thin bills ideally suited for catching these things. Also, anyone who has watched these hyper-energetic little birds forage can’t but be impressed by how actively they search out their prey.

In terms of being energetic, the Parulidae are perhaps outdone only by the hummingbirds. Maybe it shouldn’t be surprising then that like the hummingbirds warblers might occasionally put their fine thin bills to use collecting floral nectar to satisfy their energetic needs. While the evidence that warblers do this is circumstantial — I know of no experiments or close observations ruling out the possibility that they are instead visiting flowers to catch small invertebrates — this evidence suggests that it is more likely that many are collecting nectar than not.

Most warblers that collect nectar appear to do this only occasionally — even though they they may defend these temporary resources — and most commonly during migration or on their wintering grounds. Tennessee warblers, however, regularly visit and defend flowers where they winter in the tropics.

Recently I observed a pair of Tropical Parulas (Setophaga pitiayumi) visiting some jocotes (Spondias purpurea) that are now blooming here at Cuixmala.. 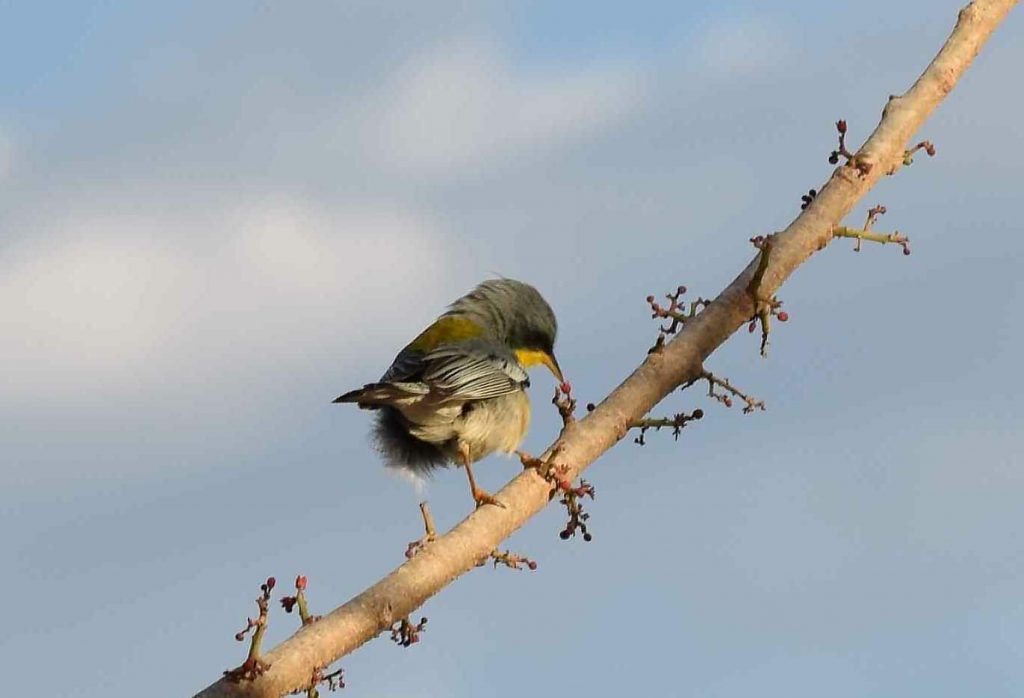 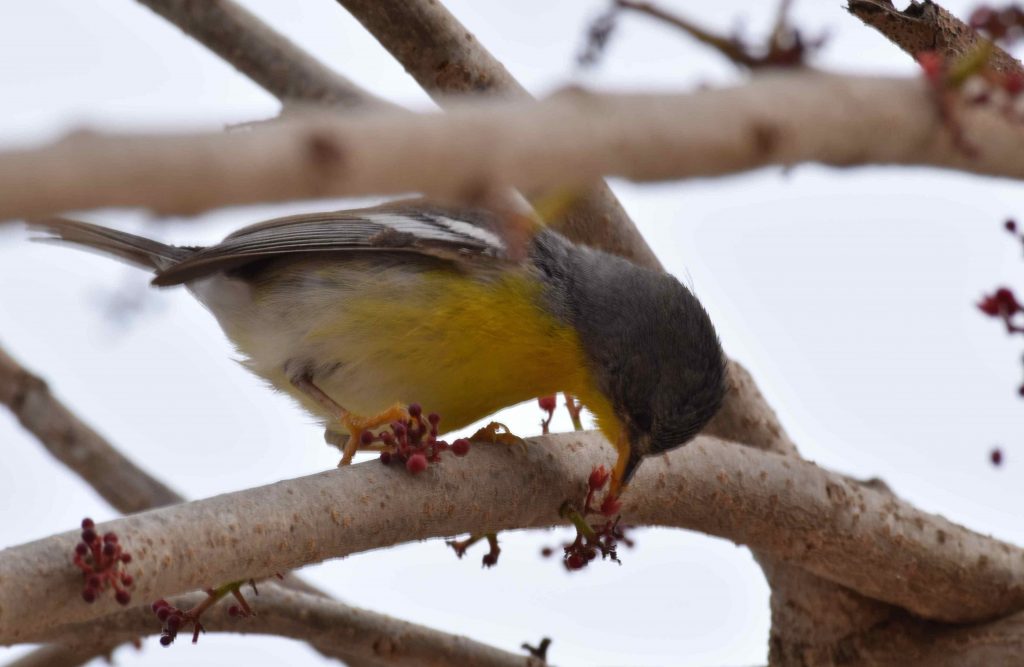 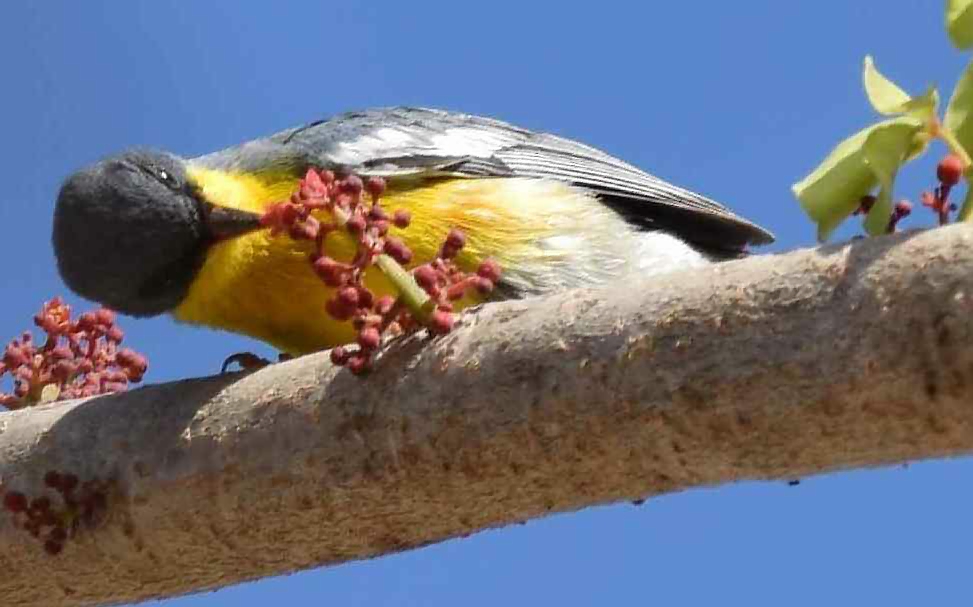 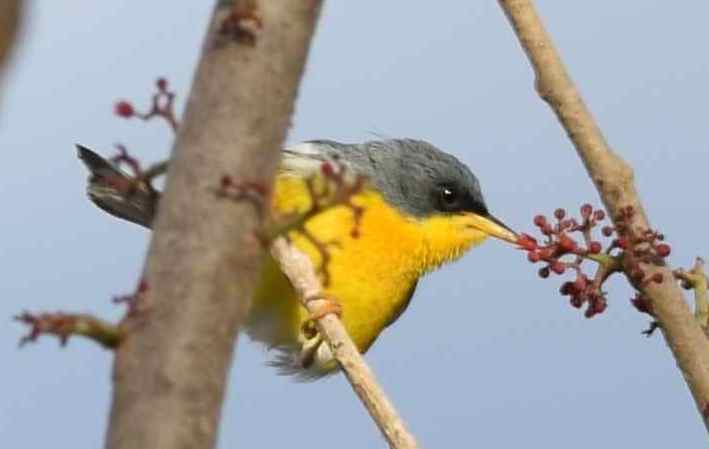 J. Andrew Boyle has very nice photos of a Northern Parula (Setophaga americana) collecting nectar from the long red tubular flowers of Firespike (Thyrsacanthus tubaeformis) in Florida.  While I could not find online photos of a Tropical Parula doing this, Oiseaux-Birds states that this warbler “occasionally consume[s] some berries and nectar from flowers”.

The birds feed early in the morning but mostly late in the afternoon after the Streak-backed orioles (Icterus pustulatus — adult female and then juvenile shown below) reduced their nectar-foraging activity. 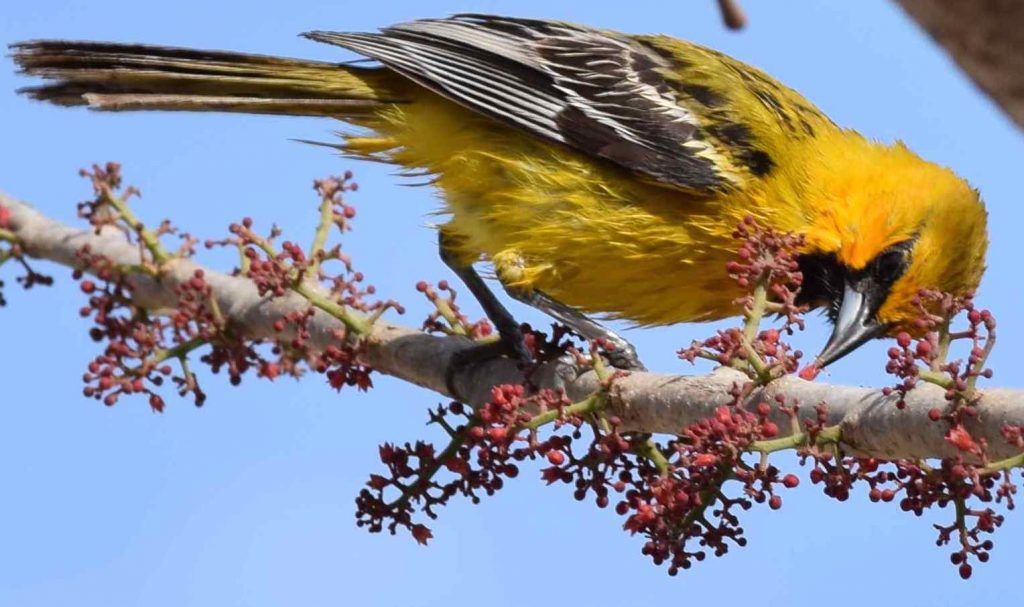 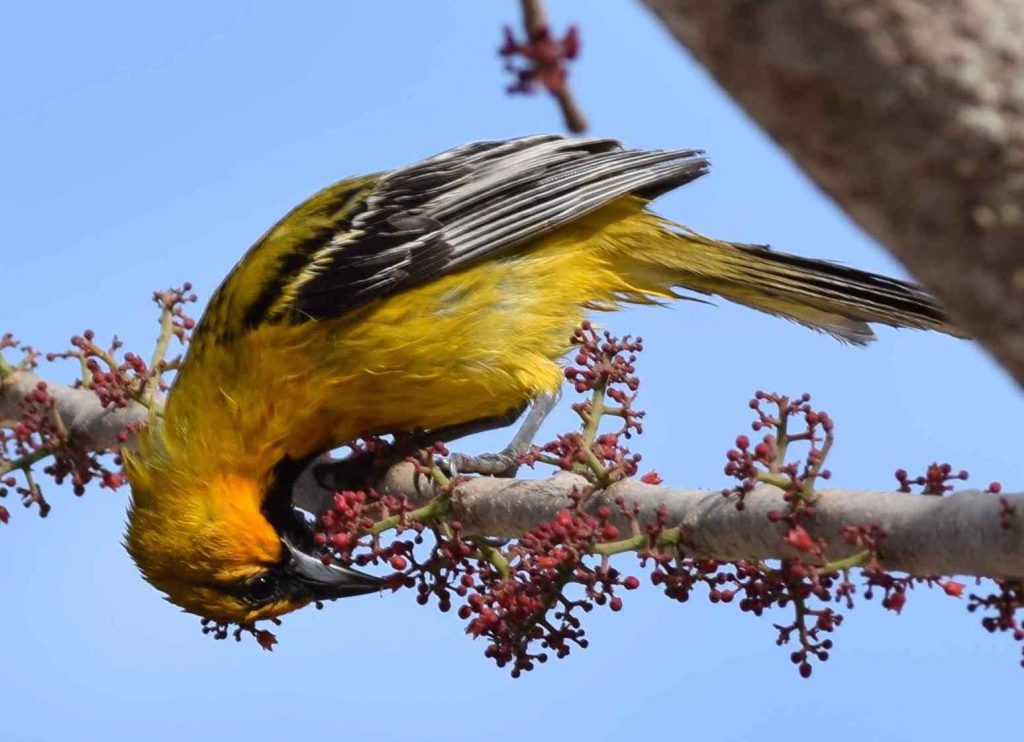 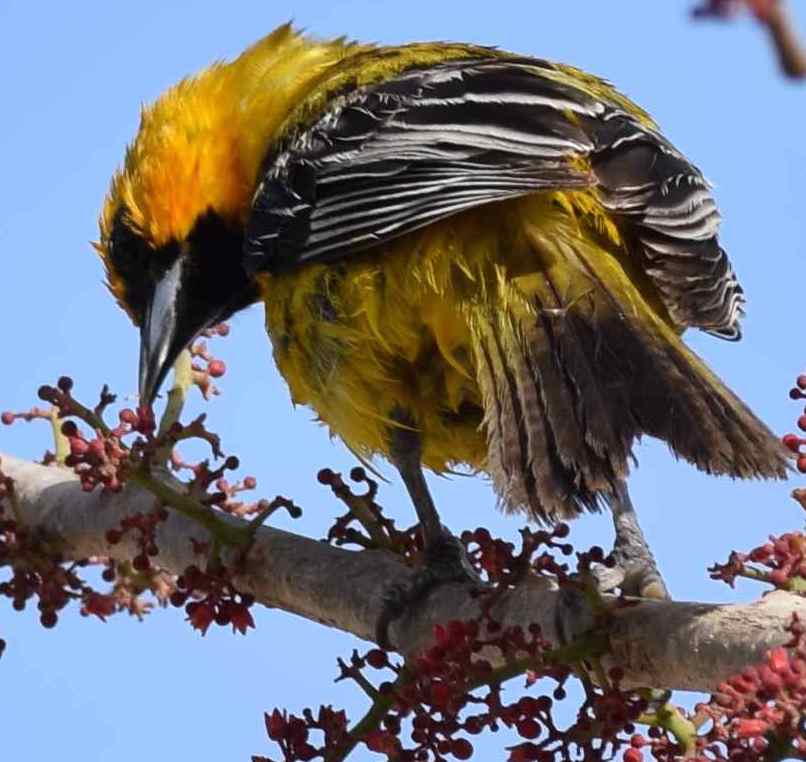 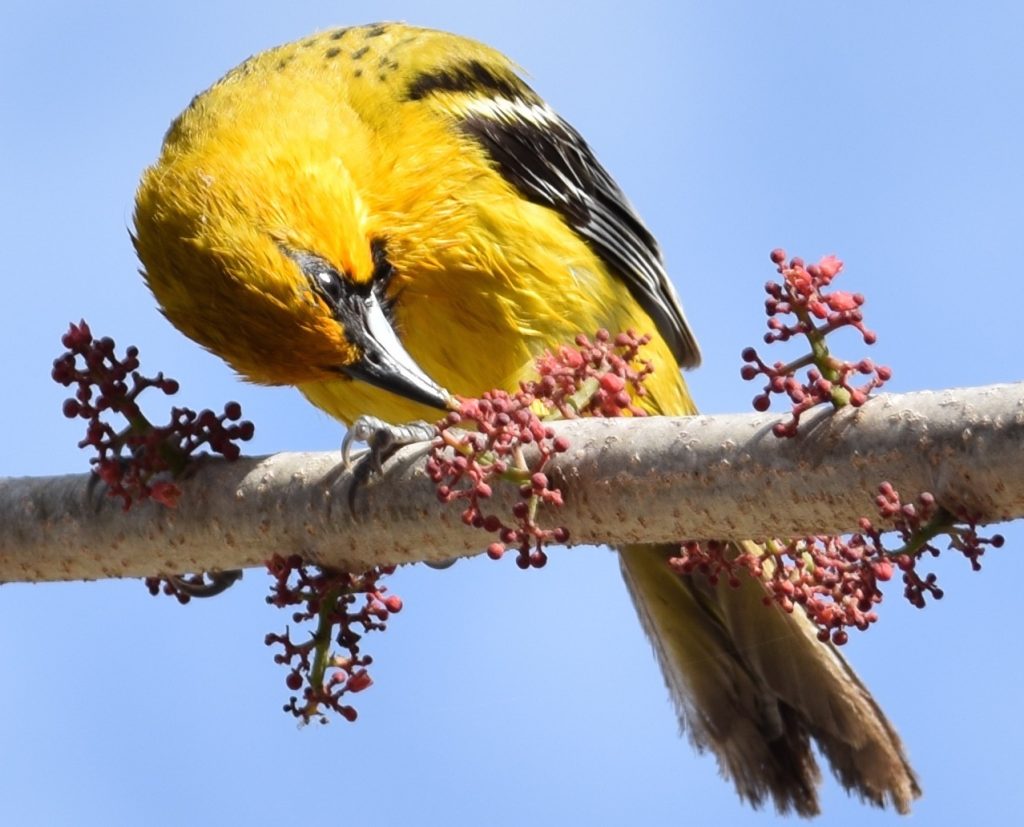 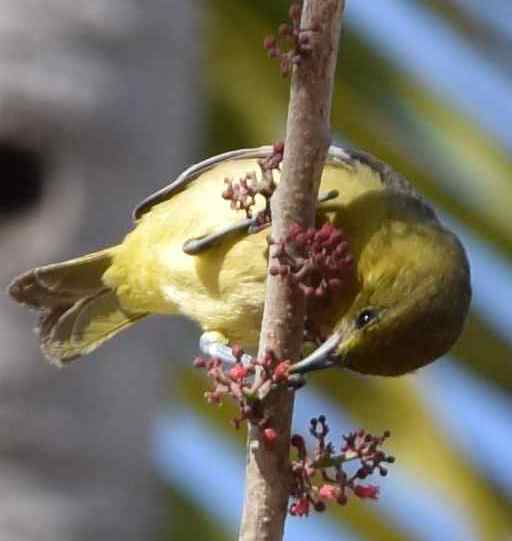 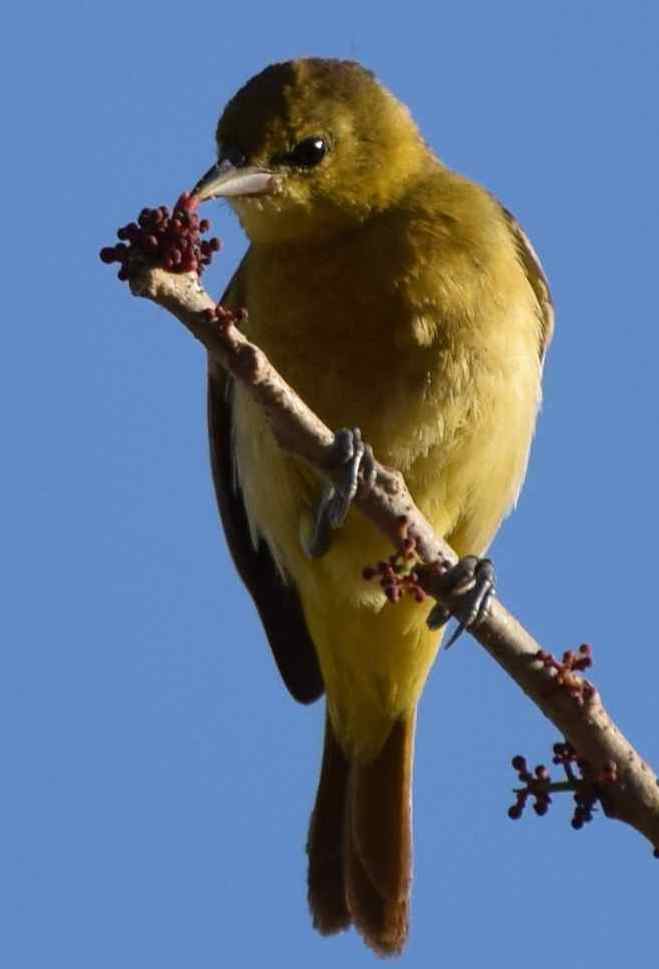 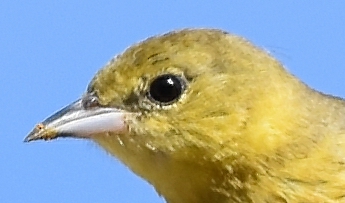