Bees as a possible deterrent to placing head into corolla

I doubt it for two reasons.  First, it isn’t at all clear that it would benefit the birds to collect nectar using the floral opening.  Second, even if it did, there may be a significant risk to feeding through the flower opening.  This risk stems from who actually does enter the floral opening of G. aridum and how G. aridum flowers make it hard to detect them.

The species most often visiting G. aridum flowers through the floral opening at my sites is the large Apid Melitoma marginella. 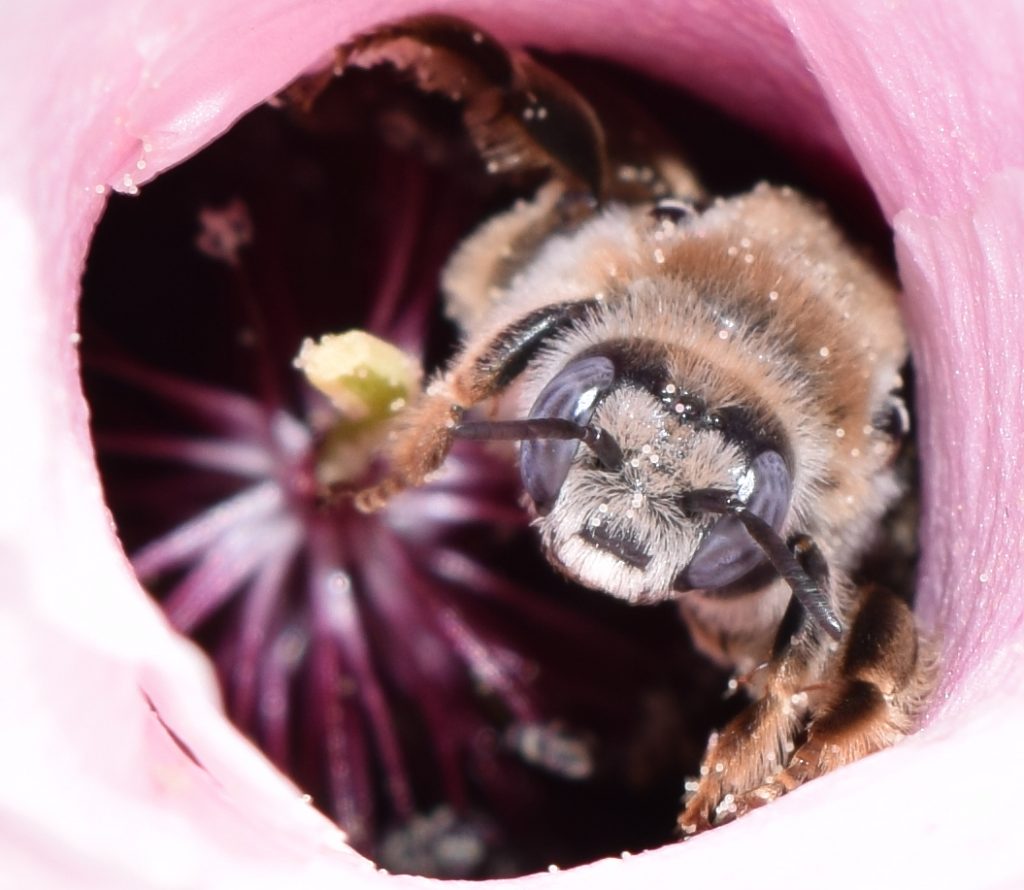 While this species is recorded as specializing on morning glories in this area, other members of the genus visit wild cottons in South America.

Other bee species also visit including another relatively large Apid, a Ceratina species. 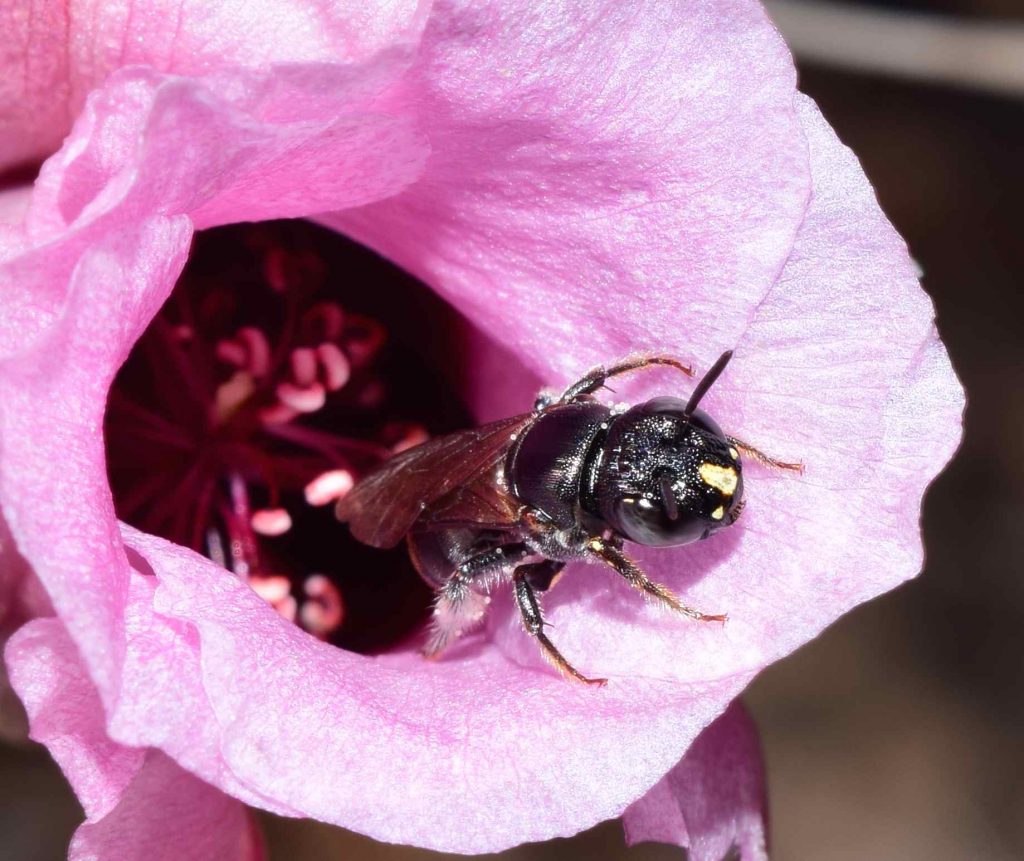 Unlike honeybee workers, these bees are very shy.  They appear suddenly above a flower and then literally dive into the depths of them.  If you handle a flower with a bee in it, like I did to get these photographs, the bee will often hide in the darker recesses of the flower.   Eventually it will peer through the flower’s upper stamens and then exit cautiously. If the flower opening is held shut, the bee will slip out from between the petals.

As can be seen in the above photographs, G. aridum flowers do not spread their petals but instead form a tube with them.  Flower interiors are also dark purple.  This combination would seem to offer bees a place where they can get out of sight quickly and then forage without being seen.

Why such secretive behavior by the bees and why might G. aridum flowers have evolved to accommodate this behavior?  First, M. marginella is a solitary species while the Ceratina species likely is too.  Unlike the workers of social species, solitary bee foragers are reproductive males and females and only gain fitness when they survive and reproduce. Second, these bees face real risks when foraging on G. aridum.  I have observed multiple instances where Tropical Kingbirds (Tyrannus melancholicus) in the tops of trees sallied out to catch them as they flew to and from flowers.  In a couple of instances, birds even attacked flowers presumably because they had observed bees going into them. For the bees, then, getting inside a flower quickly and staying out of sight is a matter of survival.

The problem for hummingbirds is that the same bee behaviors and floral features that likely make it hard for Tropical Kingbirds to see bees in flowers probably also make it difficult for them to see the bees.  In fact, the problem is probably more acute given that hummingbirds forage widely and quickly.   Bird bills are sensitive structures and a hummingbird foraging through the floral opening of G. aridum would also probably have to stick at least part of its face into the flower too. While I am not aware of any research on the effects of bee stings on hummingbirds, other bird species vary in their sensitivity to stings with some succumbing to multiple stings.  Anecdotal evidence that hummingbirds avoid feeders where there are many bees or wasps is at least consistent with the notion that hummingbirds avoid close encounters with bees.